Banks are playing the most significant role in today’s modern world from money transactions to transfer of money to different parts of the world.

There are several ways including cash to transfer the money to other user’s hand but we gonna discuss the main highlights on the major difference between cheque and demand draft.

A cheque is a simple mode of payment which involves three parties such as:-

i) The Drawer(the owner of the cheque)

ii) The Drawee(the bank expected to draw the cheque)

iii) The Payee(the party intended to receive the cheque)

It is issued by the user itself which deals with postpaid payment of often results in the bounce of cheque.

A cheque is said to be a blank cheque if it is already signed by the user beforehand but the price is to be written.

Many fraudsters, use a cheque to scam people or organizations.

It has only a 3 months validity.

DD is often referred to as a demand draft.
Demand draft is a mode of payment which involves two main parties:-
i) The Drawer(The bank itself issue)

ii)The Payee(The party to be paid)

It is issued by the bank which deals with pre-paid payment which ensures extra protection and trust for the payee because the bank had already levied the money from the user bank account.
There is no option for the fraudsters to scam.

It has a validity of 3 months from the issued date.

There are a lot more different types of difference between cheque and demand draft that might help you in the future:-

If ‘Self‘ is written on the cheque, it is considered as self cheque, which can be used for withdrawing money from owns bank to transfer money to any person or third party. They are highly exposed to threat as anyone can claim to withdraw funds.

The word ‘bearer‘ is printed on the cheque. This cheque is applicable for everyone as, whoever bears the cheque can en-cash without any interruption. This is also not a safe method of payment as anyone can cash out money without the owner’s consent.

This type of cheque can be used to pay a specific organization or a person. These cheques can be availed by the persons whose names specified in the cheque. The bearer part is not mentioned, so it makes a safer payment method.

Also, the payee has to bear some governmental identification to withdraw funds.

This is a different type of cheque used to buy drafts or orders by deducting from balance from the owner’s account.

A cross cheque consists of two parallel cuts over the top left to signify its value separately for the bearer.

This is one step more secure cheque as this facility of withdrawing money is only available to the person whose name is written on the cheque and the fund can only be transferred to the payee’s bank account.

It can be en-cashed only after the time schedule mentioned in the cheque. So even if scammers manage a cheque they cannot en-cash until and unless after the specific time.

Big transaction payments such as EMI’s are usually paid.

When drawer fails to provide within three months of validity or by some case the payee fails to en-cash within the time period, the cheque needs to re-validated with the full sign of the drawer so the payee can withdraw money.

These open cheques can be transferred to the payee to his/her bank account directly. These cheques do not have the two parallel lines cut on the top left side of the cheque.

These cheques have an extra layer of security which protects the cheque from en-cashing by allowing the payee to withdraw money only after the approval of the drawer.

At last, next time when you visit a bank. Be sure to pick up any between two of the cheque and the demand draft. Make sure if you believe the other party whom you are transferring to is trusted and a good mutual understanding between two then go for “CHEQUE“.

But if you believe that the third party is not trust-worthy you can go for “DEMAND DRAFT” as also if the other party claims that too.

This is lastly a difference between cheque and demand draft. So as for now ending here. Or if you have any queries regarding this article you can contact us too.

what is the difference between the cheque and demand draft?

Ans: Basically, it’s being mention on the whole blog but as a short –
The cheque is issued by a customer of the bank.

Demand draft issued by the bank itself.
Another way, Banks do not charge on Cheques
But do charge some charge for demand draft

Does banks charge for cheque ?

Ans: No there are no charges charged by the bank.

Can demand draft’s can be cancelled ?

Ans: No, but can be canceled if the account owner request’s bank to do so.

What is the validity of a cheque ?

Ans: 3 months from the date of issue

Which is safer cheque or demand draft ?

I am passionate about writing and discussing unique topics. 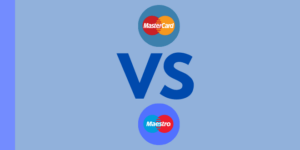 MasterCard Vs Maestro: The domestic War. 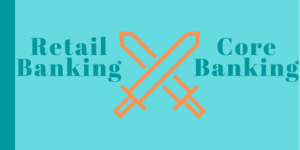 What exactly the difference between core banking and retail banking?