It’s tough to answer but let me guess, assume and analyze data over the years and the result is maybe, 67% chances incline to removal. But don’t worry if you are really determined enough then read below to minimize the risk of your career.

Have you wondered why banks are removing employees as the years pass by?

Guess? Yes if you guessed something about ATMs and absolutely computers.

In the 90s, computers were not, as usual, we do now. Even it was absolutely correct but no one considered it reliable.

Mainly due to its cost along with maintenance. However, their use was limited.

Since then, when modern computers were invented, it created a craze among personal computers but the government too decided to automate the system to reduce costs.

Nevertheless, I won’t come into politics, but the Indian government first refused to accept the computer, as it may take away many people’s jobs, but it resulted to provide more jobs.

You may be reading this on Mobile or Computer, but mobile too played a major role in this.

After the revolution of the Asian countries the huge mobiles market busted the birth of mobile banking.

According to sources Barclays bank first introduced the ATM which really helped people around the globe. Note, it is also one of the other reasons behind this.

So What technology actually came that really trembled the banking industry.

That is, Softwares and AI

The new era of banking.

So the software you use is not used in banks, custom programs are made specifically for that task to perform.

Many Fintech companies are using AI in their software to decide how much loans to be provided to a person or an organization.

This is nothing just get going with me can make you feel awesome.

Now, can you figure out something?

Leading technologies that banks are investing heavily in?

The Citigroup past CEO who mentioned that even 30% of job vacancies can be filled by these technologies in the coming years.

The leading technologies are:-

AI (artificial intelligence) – This is something every sector is making use of to automate systems in every sector. Today Netflix too using to detect its user’s anomalous behavior to protect its user.

Mobile Banking – This technology boomed from 2016 and tends to rise up because of the maximum user base on mobiles. Banks saw growth over the past couple of years due to their apps services. SBI uses yono for exclusively mobile users.

Wearable – It might be forgotten that wearable had faded out but it isn’t so the banks will send notification and even for authentication.

ATM’s – This technology is already familiar with you, but do you know about contactless transactions? Yes, it’s also coming to facilitate and secure your banks with facial and biometric authentication.

It’s simple as it may not be seen, like

When you deposit some amount of money, you get a small return, right?

That they invest in giving loans to the individuals or an organization for its need at high-interest rates.

However, this sometimes goes wrong you saw the case ith PNB that shook the nation, was an example of no-researched loan sanction. It even affected India’s economy greatly.

Then there are Credit cards, insurance and other services that they charge extra.

These processes run a bank.

Sometimes, I think banking is the best example of Gambling right! Let me know what you think in the comment box.

Where banks spend their money?

First of all, remember every institution or an organization even an individual requires money. So banks re privates even the government’s ones as all works on people’s money.

So let us analyze where banks spend their money:-

Why are banks adopting these technologies?

Do you know, Warren Buffet once said: “Banking is very good business if you don’t do anything dumb“.

Actually it seems, the banks don’t follow or want to change something.

Even banks may be profitable but when you get a 10% return while having employees so would you like to profit 30% using technology?

Yes, a bank needs money so it may go anywhere without thinking about its employees.

Actually, adopting technology might result in the removal of employees but can make a bank profitable more than 30% (est.).

Think about a bank need to pay at least 15,000 to its employees to any extent.

The technologies would cut the cost of the employees.

Which positions of bank employees at risk?

Fist of all we should first learn how many positions are there in a bank for employees:-

So now let me discuss much more about the positions that are near to ending.

What returns would these technologies will give to banks?

Fortunately, too much let me tell you.-

When could you see these technologies turn reality?

Actually banks already implemented its infrastructure like its online presence.

How can you survive in the ecosystem?

These advices might help if you really want to be a bank employee. These might help you but can’t make you guaranteed results. 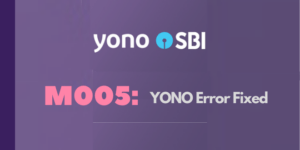 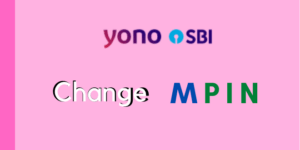 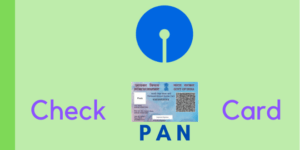 How to check PAN CARD in SBI?