The only best government banks are well-performing for the mass public and acquiring a large share on the market and however, we can’t complain of their services as we pay a lower price too.

Made up your mind don’t need that fancy and high valued services of the private banks ?

Then you are good to go with these “Sarkari bank” or “nationalized banks in India” to create your own saving, current or eligible for the services that the mass public enjoys. And yes both are same the nationalized bank or we call it a govt. bank.

But don’t take it as some waste services but the retail services that an Indian citizen uses in his daily ongoing life.

And in case of India’s top government banks ratings, we cannot judge their service and customer support up front but with the asset size and market capitalization we can rank them up but we will only be ranking them on the popularity and authority in the banking industry.

Bank of India was founded in 1906. None of the other banks is merged into this bank as of sources.

There are around 49,767 employees. No specific data were available on the customer base.

The history of the bank of India starts with a 1 office in Mumbai with a capital of 50 lakh and 50 employees. Soon it expanded it’s operations nationwide and has around 5000 branches over the country.

Not only that ends up here but the bank successfully introduced a fully computerized branch and an ATM machine. Along with the bank has also spread-ed it reaches to the 18 countries and 5 continents.

UCO bank was established in 6th Jan 1943. None of the banks merged with UCO bank.

Coming back to history, UCO bank also known as United Commercial Bank started its journey before World War II. With an idea of a commercial bank opened it’s first to headquarter in Kolkata with a ₹1 crore paid-up capital.

After that, the bank continuously tried and became successful in building a network by opening 14 branches across India. Later, the Indian government officially UCO bank on 19 July 1969.

Due to an existing bank with the same name as “united commercial bank” created confusion in Bangladesh, decided to change its name to UCO.

As of Wiki Stats 43,011 employees work with Indian banks. Surprisingly this bank has around 100 million customers.

Indian bank has an estimated 808,000 crore of total assets.

The Indian bank was started after the worst financial crisis occurred in the city in 1906. After some time V. Krishnaswamy Iyer founded the Indian bank in intense feeling for nationalism and love for the Swadeshi movement.

He first started it’s operations, headquarters in Madras on 15 Aug 1907. However, World War II caused a severe problem for the corresponding financial years, forced Indian banks to close some of its bank operations in India along with Colombo.

Canara bank was established on 1st of july 1906. Syndicate bank has been merged with this bank.

The company started with 4 employees with their shares @rs 50 each, 2000 shares. In 1910 Canara bank name was renamed as ltd.

Along with the other 14 banks, Canara was also nationalized on July 19. It was the first bank to adopt an effective principle “Good Banking“.

Union Bank has around 75,000+ employees as per data. Around 120 million people use union bank in their life.

When union bank was founded, inaugurated by Mahatma Gandhi the company had 4 branches with 3 in Mumbai and Saurashtra.

For the time being, in 1969 the government officially nationalized the bank they already owned 240 branches. The international expansion started in 2007.

The bank completely computerized its branches. In 2019, news came of two banks merged into this bank.

Bank of Maharashtra was established 16 September 1935. None of the bank has merged.

Bank of Maharashtra has 13,048 employees working as per the 2016 data set. This PSU bank has around 27 million customers.

The bank started with a capital of about $1 million. The bank expanded its reach after the 1969 nationalization.

After the World War, a great depression forced 380 banks to shut it’s operations in India, out of which the 54 banks were from Mumbai. New enterprises and banks began emerging when the economy saw an increase in the fading of depression.

BOB was founded on 20 July 1908. Vijaya bank and Dena bank are associated with BOB.

BOB has 85,283 employees working. Bank of Baroda has around 120 million and ranks 2nd among the largest and best government banks.

Afterward, the Indian government nationalized BOB including 14 other banks. Again BOB acquired Traders Bank which had a network of 34 branches in Delhi.

In 1996, the bank started it’s IPO entering the capital market.

PNB was founded in 1894. Recently Oriental bank of Commerce and the United Bank of India merged into PNB.

Being among the largest bank it has around 1,03,000 employees, 2020 reports. And with over 180 million customers till date

Under the Indian Companies Act, PNB was registered on 19 May 1894. There was a rush in creating a Swadeshi bank at that during the British raj.

This idea of the bank was suggested by the Rai Mool Raj of Arya Samaj on the intention of having a national bank for the people. During the early establishment, the founders included several leaders, associated with the Swadeshi Movement.

On 1969 the Government of India nationalized PNB along with 13 other major banks.

The Central Bank of India was established on 21st December 1911. None of the banks has merged with Central Bank.

The Central Bank of India has an employee base of around 33,481. Reports say debit and credit card base of about 4 Lakh +.

Central Bank was the first commercial bank to be wholly owned and managed by India. In 1938 Barclays Bank acquired the Central Bank of India.

After World War II, in 1969 Indian Government nationalized Central Bank of India. In 1980, Central Bank issued credit cards with the help of MasterCard.

SBI was established on 1st of July 1955. There are around 8 banks that are merged into SBI.

SBI has been large and considered the best government banks. It was renamed as Bank of Bengal in 1908.

SBI was being one of the three banks that were funded by the British government. Reports say proposals suggested that to merge the banks into one to create a “megabank”.

In 1955, the Indian Government officially nationalized the State bank of India. Later, the Government acquired the stake of RBI in SBI to remove any conflict in 2008, because the RBI is the regulatory Authority of India for banks.

What are the banks with best security ?

Is Indian bank a Nationalized bank ?

Is UCO bank is private or govt ?

Ans- UCO bank is a government or psu bank.

What is the best customer service govt. bank in India ?

Which one is the best government bank in Delhi ? 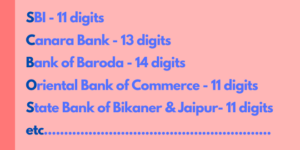 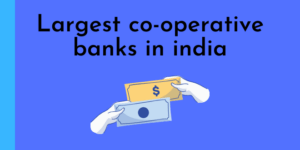